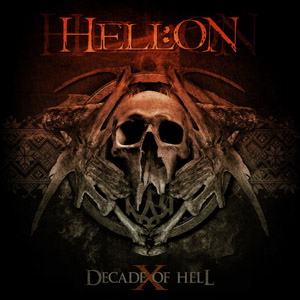 HELL:ON “Decade of Hell” - a compilation dedicated to the 10th anniversary of this great Ukrainian band. The compilation gives the opportunity to get acquainted with the history of the band and listen to how their sound has evolved from 2005 to 2015. This release consists of the best tracks from the band’s five studio albums, including two songs from an as yet not released album.