Today, June 15th 2015, we would like to present to you our new release, HELL:ON; “Decade of Hell”, a compilation dedicated to the 10th anniversary of this great Ukrainian band. The compilation gives the opportunity to get acquainted with the history of the band and listen to how their sound has evolved from 2005 to 2015. This release consists of the best tracks from the band’s five studio albums, including two songs from an as yet not released album. 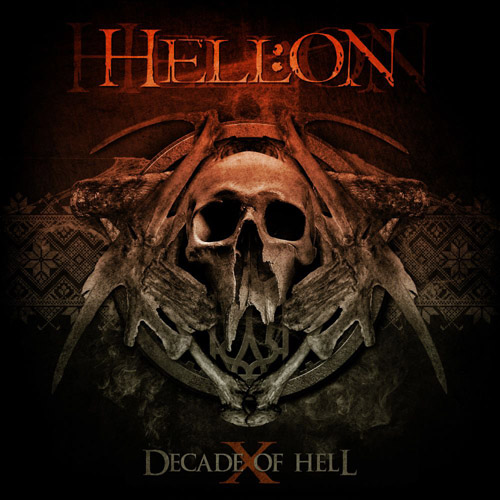 During the past 10 years the band has made a long journey. They have released several albums, spent a lot of hours of hard working in the studio, and on tours. HELL:ON have played on different stages together with such inspiring bands as KREATOR, MEGADETH, VADER, RAGE, ARCH ENEMY and many others. In the course of time each band member has had an opportunity to work with such remarkable musicians as Jeff Waters (ANNIHILATOR), Marek Pajak (VADER), Andy La Roque (KING DIAMOND), Spiros Antoniou (SEPTIC FLESH), Andreas Kisser (SEPULTURA), and many others talented people. Known for their outstanding live performances, the band has visited many wonderful countries and places such as Poland, Czech Republic, Germany, Hungary, Slovakia, Belgium, the Netherlands. Keep to your work, guys, and stay metal!

Ukrainian maniacs HELL:ON present a track from their upcoming alb...

Ukrainian maniacs HELL:ON present a track from their upcoming album “Once Upon a Chaos” to be released later this year via our label. Check it out, exceptionally great work:

HELL:ON guys made a nice video out of their 2014 tour photos:

In October 2013, HELL:ON (UKR) shall take to the road, with support from CRAVING (GER), and SINFUL (RUS) touring Belgium, Czech Republic, Germany and Poland under the banner of the “HELL REVISITED TOUR 2013“.  Death Metal-influenced Thrashers HELL:ON  (who have shared the stage with MEGADETH, KREATOR, ARCH ENEMY and SODOM amongst many others) will celebrate the release of their new record “Hunt” whilst on the road. It will, amongst other things, feature contributions from the legendary Andy LaRocque (KING DIAMOND, DEATH, ILLWILL) and guitarist Marek “Spider” Pajak (VADER, ESQARIAL). 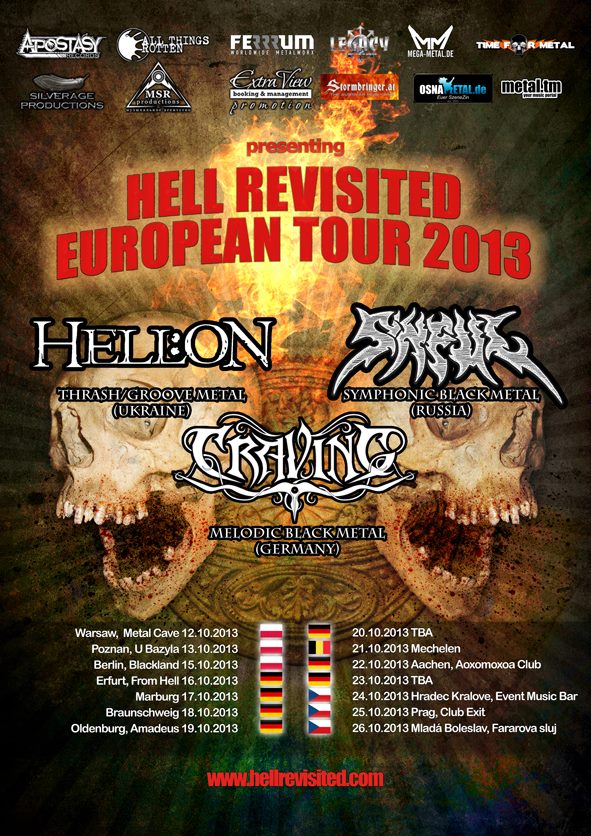